What We Do For You

The Institute for Translational Medicine (ITM) helps you live your best life by making research breakthroughs happen and getting those discoveries into the real world to improve your health as soon as possible. The ITM is a partnership between the University of Chicago and Rush in collaboration with Advocate Aurora Health, the Illinois Institute of Technology (Illinois Tech), Loyola University Chicago, and NorthShore University HealthSystem that’s fueled by almost $35 million in grants from the National Institutes of Health (NIH). We’re part of a network of more than 60 NIH-supported sites across the country working to slash the time it takes to develop and share new treatments and health approaches. We work with you and for you to make participating in health research easy, so that together we improve health care for all.

This project is supported by the National Center for Advancing Translational Sciences (NCATS) of the National Institutes of Health (NIH) through Grant Numbers UL1TR002389, KL2TR002387, and TL1TR00238 that fund the Institute for Translational Medicine (ITM).

Funding from the National Institutes of Health (NIH)

Where We Come From

The University of Chicago is an urban research university that has driven new ways of thinking since 1890. Our commitment to free and open inquiry draws inspired scholars to our global campuses, where ideas are born that challenge and change the world.

UChicago research has led to such breakthroughs as discovering the link between cancer and genetics, establishing revolutionary theories of economics, and developing tools to produce reliably excellent urban schooling. We generate new insights for the benefit of present and future generations with our national and affiliated laboratories: Argonne National Laboratory, Fermi National Accelerator Laboratory, and the Marine Biological Laboratory in Woods Hole, Massachusetts. In partnership with our neighbors, we invest in Chicago’s mid-South Side across such areas as health, education, economic growth, and the arts. Together with our medical center, UChicago Medicine, we are the largest private employer on the South Side. 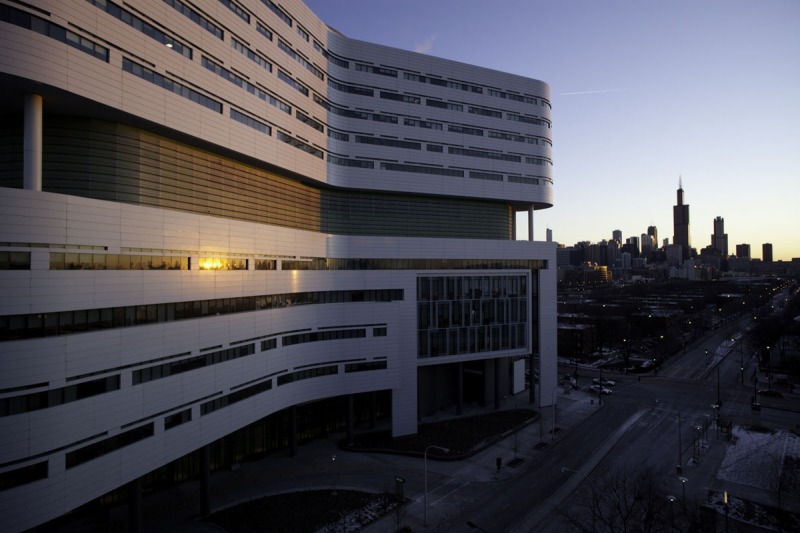 Rush is an academic health system improving the lives of its patients and the diverse communities it serves with nationally-recognized health care, education, and research, as well as a commitment to community partnerships.

The Rush system comprises Rush University Medical Center, Rush University, Rush Copley Medical Center, and Rush Oak Park Hospital, as well as numerous outpatient care facilities throughout the Chicagoland area. Rush University, with more than 2,500 students, is a health sciences university that comprises Rush Medical College, the College of Nursing, the College of Health Sciences and the Graduate College. Rush has more than 11,500 full-time employees and nearly 2,000 employed and private physicians. In fiscal year 2016, the three-hospital system helped nearly 50,800 patients admitted to its hospitals, 184,000 who visited its emergency departments, and more than 1 million outpatients. 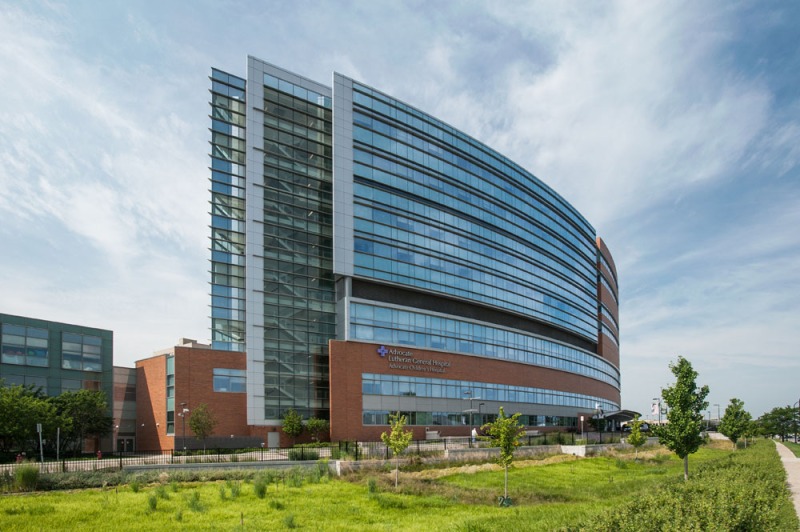 A national leader in population health management, Advocate is one of the largest Accountable Care Organizations in the country, and is committed to research that advances patient care and health outcomes through the Advocate Research Institute. Advocate operates nearly 400 sites of care and 12 hospitals, including two of the nation’s 100 Top Hospitals, the state’s largest integrated children’s network, five Level I trauma centers (the state’s highest designation in trauma care), three Level II trauma centers, 8 Magnet hospitals recognized for nursing excellence, one of the area’s largest home health and hospice companies and one of the region’s largest medical groups. Advocate Aurora Health has about 6,700 physicians on staff and trains more primary care physicians and residents at its four teaching hospitals than any other health system in the state. As a not-for-profit, mission-based health system affiliated with the Evangelical Lutheran Church in America and the United Church of Christ, and in strong partnership with many diverse communities, Advocate leads initiatives to enhance individual and community health, and contributed $692 million in charitable care and services to communities across Chicagoland and Central Illinois in 2016. 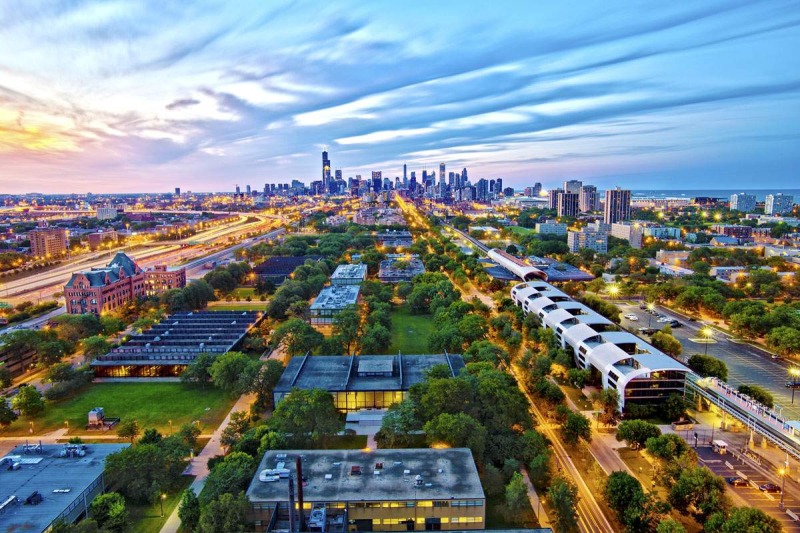 One of 21 institutions that comprise the Association of Independent Technological Universities (AITU), Illinois Tech offers exceptional preparation for professions that require technological sophistication, an innovative mindset, and an entrepreneurial spirit.
Learn more at iit.edu. 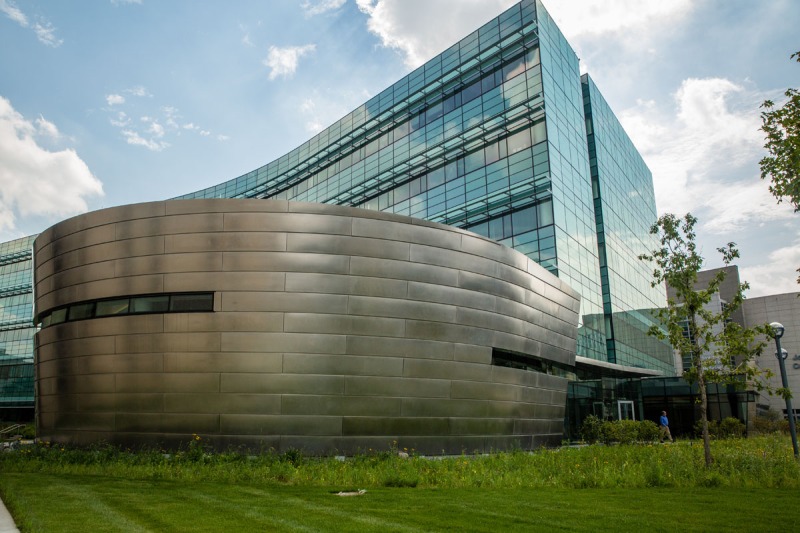 Founded in 1870, Loyola University Chicago is one of the nation’s largest Jesuit, Catholic universities, with nearly 16,500 students. More than 11,000 undergraduates call Loyola home.

The University has four campuses: three in the greater Chicago area and one in Rome, Italy, as well as course locations in Beijing, China; Saigon-Ho Chi Minh City, Vietnam; Vernon Hills, Illinois (Cuneo Mansion and Gardens); and a Retreat and Ecology Campus in Woodstock, Illinois. The University features 13 schools, colleges, and institutes, including the Quinlan School of Business, Marcella Niehoff School of Nursing, Stritch School of Medicine, College of Arts and Sciences, School of Communication, School of Continuing and Professional Studies, School of Education, School of Law, School of Social Work, Graduate School, Institute of Pastoral Studies, Institute of Environmental Sustainability, and Arrupe College of Loyola University Chicago. Ranked a top 100 national university by U.S. News & World Report, Loyola is also among a select group of universities recognized for community service and engagement by prestigious national organizations like the Carnegie Foundation and the Corporation for National and Community Service. 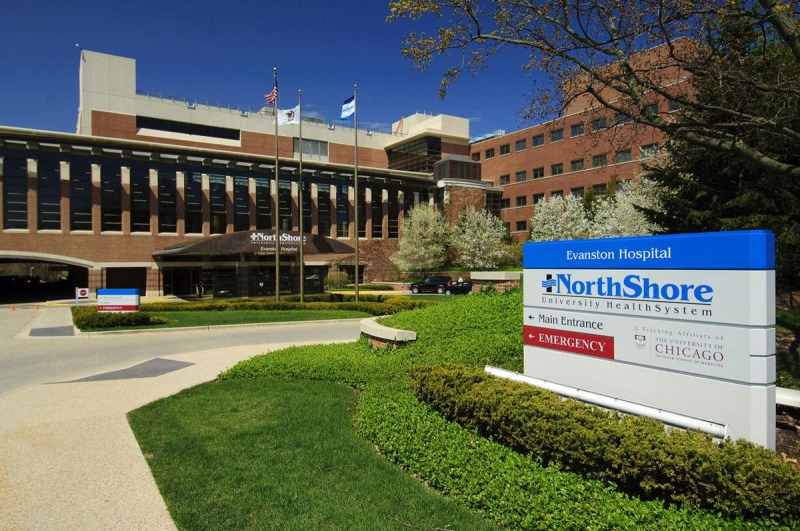 NorthShore also includes a 900 physician multispecialty group practice, NorthShore Medical Group, located in over 100 locations in the Chicagoland area. NorthShore is a Magnet-recognized organization, the first in Illinois to receive this prestigious honor as an entire system that demonstrates excellence in nursing and high standards in patient care. The system also supports the NorthShore Research Institute; the NorthShore Foundation; and the NorthShore Home & Hospice Services. In addition to launching Be Well Lake County, a community health initiative committed to providing greater access to comprehensive care, NorthShore contributes more than $210 million in charitable care and services to the communities it serves.

Based in Chicago. Internationally-Known.
Working with you and for you to improve health care for all.

ITM Central is the main ITM governing body that oversees operations and programming. All ITM cores and committees report to ITM Central.

Have a question about the ITM activities at a particular institute? The below site leaders are in charge ITM operations at their university or medical center.

It takes a village – and a variety of specialty areas – to find new treatments, disease prevention, and other ways to improve human health. The ITM has ten specialty cores that include members of each ITM institute so that we can efficiently work together to make strides and collaborate with the public. Learn more about each core and its leaders below.