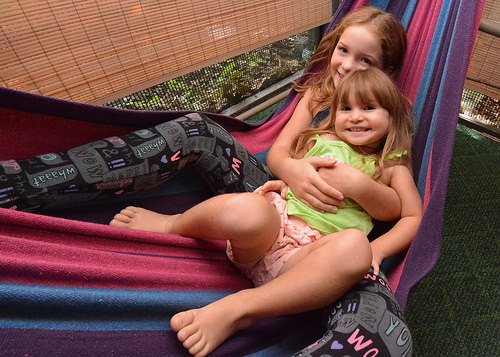 The National Institute of Child Health and Human Development (NICHD) recently awarded a University of Chicago Institute for Translational Medicine (ITM) investigator $3 million over the next five years to propel her research in improving the health of pregnant African American women living in low-income urban environments and the health of their children. 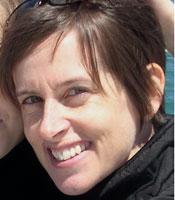 Kate Keenan, PhD, Professor in the Department of Psychiatry and Behavioral Neuroscience, is working to combat high stress levels in pregnant mothers with a fatty acid nutritional supplement and will scale her research with the new NICHD R01 grant. Growing up with a low socioeconomic status doubles a child’s risk of developing mental health problems, according to the National Center for Children Living in Poverty (NCCP). Keenan hypothesizes that risk is in part attributable to chronic stress in their mothers during pregnancy.

“We’ve used nutrition to protect neurodevelopment in the offspring for decades,” Keenan said. “We have iodine in our salt, and folic acid supplements to prevent birth defects. It’s not a huge leap for society to embrace nutrition to be protective. Adequate nutrition is something that everyone should have available to them, and it’s fairly low-cost and feasible.”

Keenan has spent her career trying to understand psychological problems in low-income populations, and a pilot study on her findings that fatty acid supplements reduce stress in her target population appeared in the December issue of the journal Obstetrics & Gynecology. The ITM provided her with more than $8,000 so that she could test levels of the stress hormone cortisol in more than 700 samples through the ITM’s Clinical Research Center (CRC). Since 2008, the ITM has awarded these types of core subsidy grants to more than 136 investigators for a total of more than $779,000.

“Adding biological measures to self-reported data, and the salivary cortisol in particular, was really critical because those are more objective measures,” she said. “That goes a long way in convincing people to fund the next level of research.”

The ITM-supported research helped Keenan investigate stress exposure in mothers that could affect their fetuses – if a mother undergoes many stressful events during pregnancy, it could cause the child to develop problems with attention, memory, mood, impulse control, and the ability to handle stress as an adult. Research in animal models strongly supports such a hypothesis.

Because fatty acids – a precursor to fat that is vital to brain development – have been associated with reductions in stress, Keenan wanted see if she could modify the stress response of the mothers using it as a nutritional supplement.

For her study she used DHA, an Omega-3 fatty acid, which is the most abundant fatty acid in the brain.

Fish is a major source of DHA, and more than 75% of pregnant women surveyed at UChicago reported eating less than the recommended portion of two servings of fish per week.

“If we can do something as simple as prescribe a supplement to a pregnant woman and improve her own experience during pregnancy and protect the neural development of the fetus, I don’t know how much more translational it can get!” Keenan said.

Because more than 70% of African American children in the U.S. are born to mothers who live under the poverty line, according to the NCCP, Keenan focused on evaluating DHA in African American mothers living in low-income area.

“We’re targeting a population of women who are likely to be exposed to chronic and acute stressors more than the average person,” Keenan said. “Reducing the impact of that is the goal.”

Her team gave African American women either DHA or a placebo from the end of the first trimester to the birth of the child.

By 30 weeks of gestation, mothers who received the DHA reported lower levels of perceived stress even though their exposure to negative life events was no different than that of the women who received placebos.

When the women went into the lab to test their response to a laboratory stressor, those who didn’t receive the DHA supplement had higher cortisol levels in anticipation of the stress exposure than those who had been taking the fatty acid.

She said these findings helped her secure the $3 million R01 grant to replicate her findings at a larger scale over the next five years and to see whether DHA supplements can impact the baby’s stress function after birth during three post-natal visits.

Keenan will test stress in the infants by measuring their cortisol levels in response to interactions with their mothers. The infants will be placed in a car seat and their mothers will be instructed to maintain a neutral face, which Keenan said typically leads to an increase in cortisol among infants who have difficulty regulating stress.

“We would like to then go back to the bench and see why this fatty acid has these stress-reducing affects at a molecular level,” Keenan said. “One of the advantages of the ITM is that we don’t stop. It’s not just that we translate from bench to bedside, we can then go back to the bench and apply those findings to improve people’s health, such discovering new methods to increase fatty acid levels at critical periods in neurodevelopment.”

Get involved by contacting Kate Keenan at kekeenan@yoda.bsd.uchicago.edu.

To learn more about how ITM core subsidy support could help fund your work, click here. Find out how the ITM’s CRC can accelerate your research here.

Copyright © 2015 University of Chicago Institute for Translational Medicine (ITM). All Rights Reserved. Research reported in this publication was supported by the National Institutes of Health’s National Center for Research Resources KL2RR025000. The content is solely the responsibility of the authors and does not necessarily represent the official views of the National Institutes of Health.