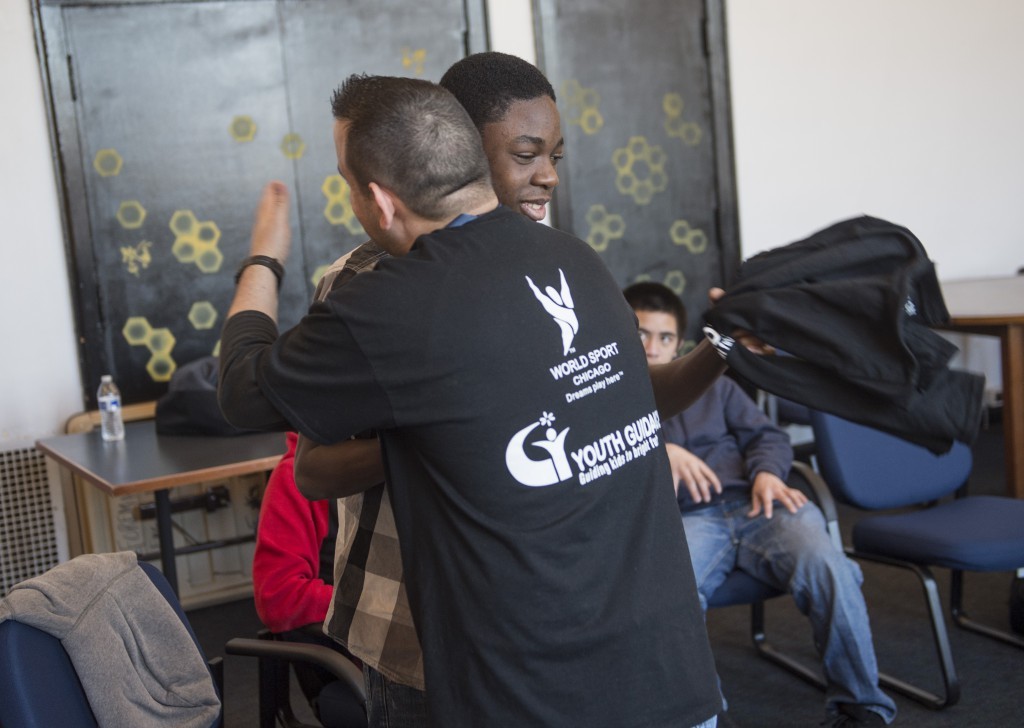 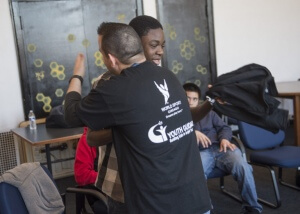 The University of Chicago Crime Lab assisted its non-profit partners to expand programming that reduces youth violence and improves student performance across the city and country with the help of more than $16 million it and its partners secured after its 2012 pilot grant from the Institute for Translational Medicine (ITM).

That work is addressing a huge problem. Between September 2008 and April 2010, more than 610 Chicago Public School students were shot. Only about half of high school students in major cities graduate, and by the time many of those children reach high school they can be up to seven grade levels behind in subjects like math.

“If kids don’t stay engaged, they have a high probability of dropping out, and once they drop out they have a high probability of being either victims or perpetrators of crime,” said ITM researcher Harold Pollack, PhD, co-director of the Crime Lab. “The kids have to be tough. They don’t have a lot of margin for error, academically or in many other areas in their lives, and so we want to give them a realistic way to follow a road map.”

That “road map” initially took the form of targeted interventions over the course of six months for 106 male 9th and 10th graders on Chicago’s South Side – and it led to a decrease in course failures and absenteeism. Students’ math scores also improved by the equivalent of about three years’-worth of learning, and later studies showed a decrease in violent crime arrests by about 50 percent.

The interventions involved a two-pronged approach.

The non-academic prong was the Becoming a Man (BAM) program, developed and implemented by Chicago nonprofit Youth Guidance, which focuses on social-cognitive skills and is based on cognitive behavioral therapy (CBT).

Pollack said the ITM’s funding helped the Crime Lab quickly add the second prong – an intensive math tutoring component based on the model of Boston’s Match Education, which is now delivered in Chicago Public Schools.

“The ITM Pilot funding really allowed us to take that next step to see what we could get by including this tutoring,” Pollack said. “What we found were very significant benefits to the pilot intervention and dramatic improvement in kids’ school performance, which provided the basis for an NIH grant to support the expansion of the BAM and Match programs, as well as our current larger-scale study of these programs, in turn growing the impact of this work to benefit not only Chicago but also other cities as well.”

What makes the Crime Lab’s work unique is that it is evaluating its interventions using the same rigorous methods applied to clinical trials in medical research.

And the data speaks for itself.

In additional evaluations of the BAM program, the Crime Lab found that programming increased graduation rates by about 20 percent, decreased violent crime arrests by about 50 percent, and decreased overall arrests by about 35 percent. In additional evaluations of the Match program, the research team found that the program decreased math course failures by about 50 percent. Students also gained an extra year or two of math learning and had higher math GPAs than students outside of the program.

“It’s not too late to help young people by the time they reach their early high school years,” said John Wolf, associate director of implementation and scale up at the Crime and Education Lab. “It’s exciting to see BAM not only get more support, but the recognition that this is still a prime area to intervene with young people.”

The Match program has grown as well. Now delivered by nonprofit SAGA Innovations, this tutoring program is running in 18 high schools across Chicago. The program lays the foundation for students’ successful math education throughout high school, and it has also paved the way for an ongoing Crime Lab study evaluating how to scale social impact programs more effectively.

And both programs are now operating on the east coast, with three high schools in Boston piloting BAM and New York City public schools implementing SAGA Innovation with 700 students.

The Crime Lab also helped BAM and SAGA Innovations secure sustainable funding sources. In 2015, SAGA Innovations received a total of $5 million through federal Title I funding and a private investment. And in 2016, Mayor Rahm Emanuel announced a $36 million Mentoring Initiative funded through both private and public dollars that involves expanding the BAM program across Chicago.

“We got a lot of attention for the results that we achieved with our pilot, and that was something the ITM really helped make possible,” Pollack said, with publications like The New York Times covering the project.

While the research team got a lot of credit for the data, Pollack said there were many other people involved in the schools who changed the students’ lives.

“Our partners just did an amazing job implementing the intervention,” Pollack said. “They deserve to see the value of their work noted.”

The results of the 2012-2013 study were published by the National Bureau of Economic Research in January 2014. The 2013-2015 BAM study results were published in The Quarterly Journal of Economics, and preliminary results from the SAGA Innovations study are available on The Hamilton Project website and in a Northwestern University Institute for Policy Research academic working paper.

“The most important thing for people to note is that we have effective interventions that can help,” Pollack said. “No one of these interventions is going to be the polio vaccine that’s going to end youth violence. But if we methodically pursue evidence-informed interventions, we can really make a difference for kids in Chicago and in every other city across the United States.”

Hear about the impact the University of Chicago Crime Lab is having in the words of the student participants and tutors by watching this video, and get involved with the Crime Lab by reaching Harold Pollack at haroldp@uchicago.edu.

The Institute for Translational Medicine (ITM) helps you live your best life by making research breakthroughs happen and getting those discoveries into the real world to improve your health as soon as possible.

The ITM is a partnership between the University of Chicago and Rush in collaboration with Advocate Health Care, the Illinois Institute of Technology (Illinois Tech), Loyola University Chicago, and NorthShore University HealthSystem that’s fueled by about $35 million in grants from the National Center for Advancing Translational Sciences at the National Institutes of Health through its Clinical and Translational Science Awards (CTSA) Program.

We’re part of a network of more than 55 CTSA Program-supported hubs across the country working to slash the time it takes to develop and share new treatments and health approaches. We work with you and for you to make participating in health research easy, so that together we improve health care for all.

Join the movement and learn more about how we help researchers, physicians, community members, industry, government organizations, and others. Visit us at chicagoitm.org and connect with us on Facebook, Twitter, Instagram, YouTube, and LinkedIn @ChicagoITM.

This project is supported by the National Center for Advancing Translational Sciences (NCATS) of the National Institutes of Health (NIH) through Grant Numbers UL1TR002389, KL2TR002387, and TL1TR00238 that fund the Institute for Translational Medicine (ITM). The content is solely the responsibility of the authors and does not necessarily represent the official views of the NIH.