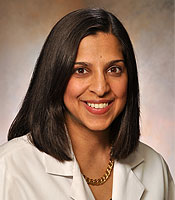 For instance, female doctors training to become emergency medicine specialists scored as well as males during the first year of their three-year programs, but by the end of the three years, males received higher evaluations in all training categories. In fact, female doctors’ evaluations placed them three to four months behind males in the same programs.

“Women are already underrepresented in the highly competitive environment of academic medicine, and the period of greatest loss is during and shortly after residency.”