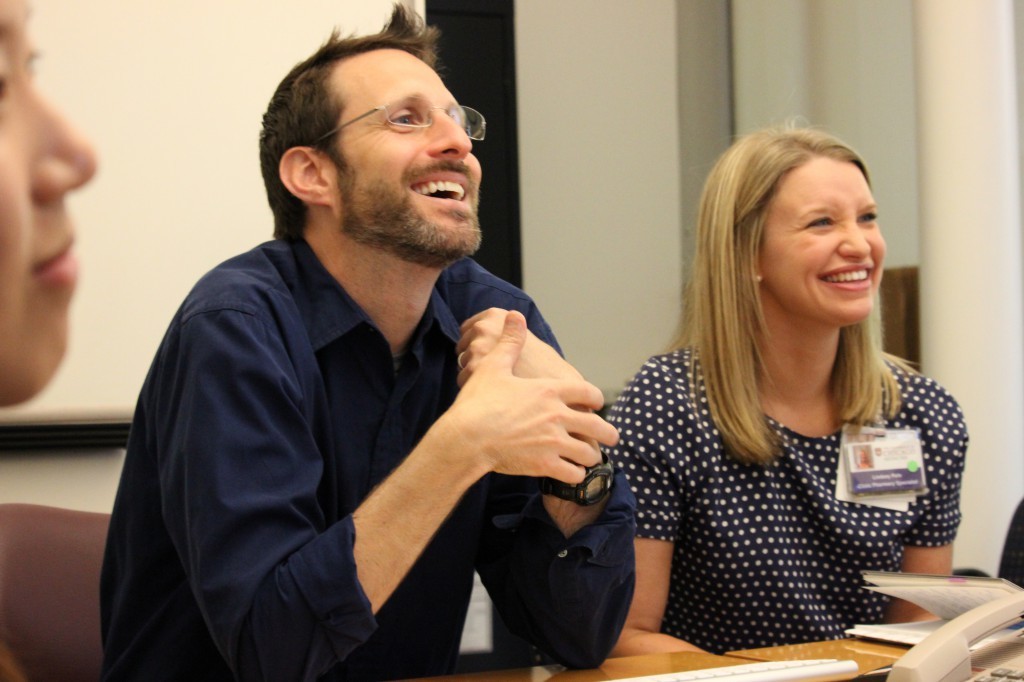 Patients who receive care at community health centers often have limited access to subspecialists, research shows, and an ITM-supported organization has secured more than $9 million in additional funding to change that by working with 70 organizations in Illinois and mentoring similar programs in three countries.

“We’re translating the changes in medicine more rapidly out to community providers,” said Daniel Johnson, MD, the principal investigator for ECHO-Chicago, professor of pediatrics and chief of the Section of Academic Pediatrics and the Section of Pediatric Infectious Diseases at the University of Chicago Medicine. “It normally takes years for new knowledge to trickle out. We’re able to reduce that time by bringing state-of-the-art care to community providers at the speed of light.”

ECHO stands for Extension of Community Healthcare Outcomes, and its goal is to provide innovative medical training using videoconferencing technology to break down the divisions between primary and specialty care. Since receiving an ITM Pilot Award, ECHO-Chicago has gone on to secure millions of dollars in funding, including a $6.2 million grant from the Centers for Disease Control and Prevention (CDC).

The first ECHO project was born at the University of New Mexico School of Medicine, and ECHO-Chicago is one of 168 ECHO hubs that run in 39 states and 25 countries.

But Chicago’s project is the first one to apply the model to an urban setting and is the longest-running urban ECHO program in the world. In fact, in 2016 ECHO-Chicago became one of nine ECHO super hubs that trains and mentors budding ECHO programs. ECHO-Chicago has mentored programs in the U.S., Germany, and Australia. 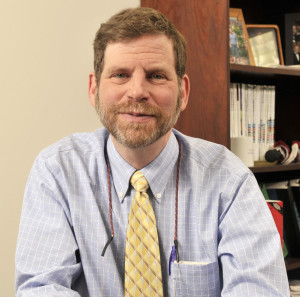 Daniel Johnson, MD, is the principal investigator for ECHO-Chicago.

ECHO-Chicago likewise expanded its reach in the Chicago area- successes in part made possible by early startup funding from the ITM. ECHO-Chicago partnered with the South Side Healthy Aging Resource Experts (SHARE) Network on a Health Resources and Services Administration-funded (HRSA) project focused on improving the health of older adults on Chicago’s South Side by increasing access to and quality of geriatric specialty care in underserved neighborhoods. ECHO-Chicago next coupled with the South Side Pediatric Asthma Center and Urban Health Initiatives on a HRSA-funded project to improve asthma treatment in underserved communities by training local primary care providers to implement evidence-based asthma management techniques.

Over the past eight years ECHO-Chicago has trained 990 providers, which includes physicians, physician assistants, nurses, advanced practice nurses, social workers, and behavioral health specialists. And its educational offerings have expanded from just three subjects to 14 taught over 10 to 15 sessions.

ECHO-Chicago recently kicked off its Serious Mental Illness series thanks to a $900,000 grant from the U.S. Department of Health and Human Services’ Office of Minority Health. The series trains community providers to recognize the symptoms of and provide care for people with severe mental illnesses.

“ECHO has been an invaluable resource for me, as it has provided a link to experts in the field and a chance to discuss common clinical questions with colleagues,” Graham said.

And that’s part of the beauty of the ECHO model, according to Johnson. 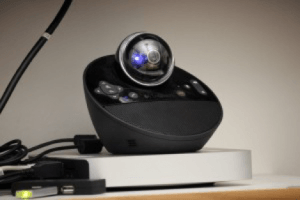 The ITM attended a session on hepatitis C, where about six medical providers from the Chicagoland region listened to a presentation on new treatment methods from UChicago Medicine’s Andrew Aronsohn, MD, an associate professor, gastroenterologist, and hepatologist. Then they discussed the best ways to apply that new information to treat specific patients.

“Empowering primary care doctors to be able to treat something like hepatitis C, which is very prevalent in the United States and is going to be better treated in a primary care setting, is going to make a huge impact on treating the disease,” Aronsohn said at the end of the session.

Researchers are already seeing those results.

According to a study published in the New England Journal of Medicine, ECHO has enabled community primary care providers to offer chronic disease care at almost the same level as university-based subspecialists.

Johnson said the ECHO-Chicago would not be where it is today without the early financial support it received from the ITM’s Pilot Award.

“The funding was spectacular,” Johnson said. “It helped us to underwrite infrastructure so that we could reach more providers.”

Get involved with ECHO-Chicago by reaching Daniel Johnson at djohnson@peds.bsd.uchicago.edu  bory going to the website at www.ECHO-Chicago.org