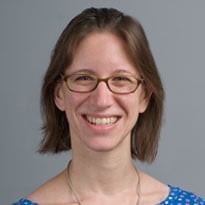 Chor is the first to publish research on these full-spectrum doulas – lay people who help women with a variety of reproductive issues ranging from childbirth to miscarriages to adoptions to abortions – thanks to an NIH Career (KL2) Development Award from the University of Chicago Institute for Translational Medicine (ITM) that helped launch her status as an investigator in 2013.

The ITM is accepting applications for the Career (K12) Development Awards that kick-started Julie Chor’s career through Jan. 16, 2017. Click here to learn more and apply.