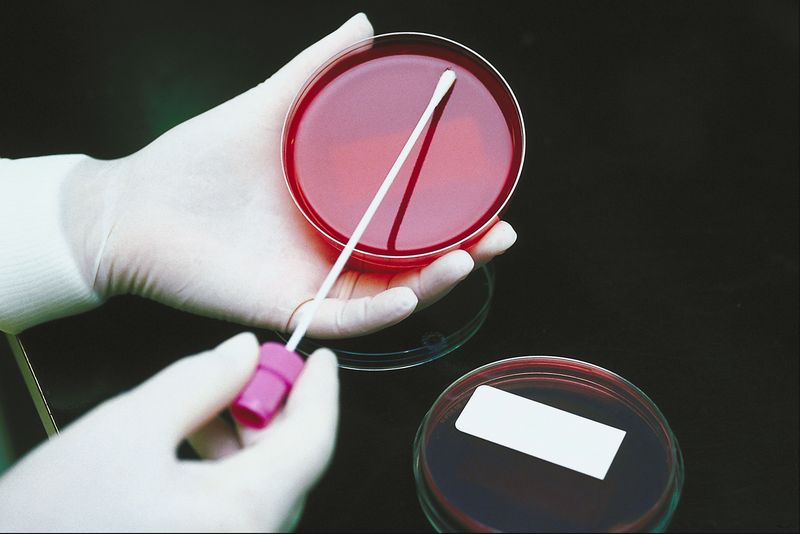 A University of Chicago Institute for Translational Medicine (ITM) investigator is combining high-tech imaging to study how the autoimmune disease lupus starts at a cellular level, in real time, thanks to a recent $500,000 grant from the National Institutes of Health (NIH) National Institute of Arthritis and Musculoskeletal and Skin Diseases.

When most people get sick, their immune system kicks in and attacks the invading bacteria or virus. Lupus causes the immune system to malfunction and target healthy tissue instead, causing damage and inflammation in joints, skin, kidneys, blood cells, the brain, heart, and lungs. About 1.5 million Americans have lupus, according to the Lupus Foundation of America, and no one knows yet what causes it – a vital first step to finding a cure. Vladimir Liarski, MD, is trying to find out why these cells go rogue in order to create new treatments.

“We’re really driving to create a digital pathology approach as a way to read tissues through a computer,” said Liarski, a Clinical Instructor of Medicine in the Department of Rheumatology. “In order to more effectively treat lupus, we could use a computer program to help pathologists understand what’s going on in the tissue instead of depending on the naked eye.”

The ITM honored Liarski with an NIH Career (K) Development Award in 2014 to help launch his research into systemic lupus erythematosus (SLE), the most common form of lupus in which the immune system attacks the kidneys instead of a virus or bacteria. He said the ITM award was a stepping stone to his recent NIH K08 grant.

Liarski and his team will see if they can validate the use of his computerized approach in comparison to two-photon emission microscopy, an imaging tool that gives researchers the ability to study cell interactions in living tissue but is limited to animal samples. While the two-photon approach requires an incision be made to pull a sample from an organ, Liarski’s computerized analysis is less invasive and can be done using pre-existing human tissue samples.

“This type of research really excites me,” Liarski said. “I have always had an interest in computers and computer science but usually found myself doing basic life science research. The ITM has helped open up the opportunity to work with computer analysis techniques and incorporate imaging techniques such as advanced microscopy and two-photon emission microscopy.”

The ITM administers the Paul Calabresi, Lung Omics, and Clinical and Translational Science Awards (CTSA) K Award programs at UChicago and hosts monthly ITM K Scholar seminars for all recipients. Since the UChicago programs began in 2007, the ITM has awarded more than $4.3 million to more than 40 junior investigators like Liarski who receive salary support, protected time to explore the research of their choice, and special mentoring and training opportunities.

Liarski said that previous lupus studies have been focused on looking at a portion of the kidney responsible for filtering blood, or the glomerulus. When doctors are trying to diagnose lupus, 95 percent of the information they use from a kidney biopsy comes from the glomerulus, according to Liarski, but this approach ignores a large part of the kidney known as the interstitium, which acts as a storage site for water and electrolytes.

Exploring the interstitium could reveal more information and change how people approach the diagnosis and treatment of the disease.

“Currently, we don’t know what antigen, or foreign substance, is driving lupus,” said Liarski. “But that doesn’t mean we can’t block pathways that lupus antigens access. In fact, if we identify the main pathways responsible for disease, we can block cells from participating in the immune response.”

To determine the most important interactions in an abnormal immune response, Liarski will study the relationships between dendritic cells, T cells, and B cells. Dendritic cells are thought to play a large role in lupus, but researchers are still trying to understand exactly what that role is. T cells are involved in the immune system’s response, and B cells produce antibodies that help identify and kill bacteria and viruses.

Healthy dendritic cells are messengers responsible for identifying foreign invaders, Liarski said. They send the signals that alert immune system and activate the T and B cell systems to create the antibodies that fight viruses.

“We have to study lupus through human tissue, because animals don’t have the same lupus inflammation,” Liarski said about his work being translational. “Only humans do. Since the 1980s, drug treatments for lupus have worked on animals, but then not worked on humans in clinical trials. We are hoping to change that.”

Rheumatoid arthritis is another inflammation-causing autoimmune disease that Liarski is researching, as it shares many symptoms with lupus. Like lupus, about 1.5 million people suffer from rheumatoid arthritis, according to the CDC. If a patient has swelling and pain in a certain number of joints, Liarski said that doctors may call it rheumatoid arthritis when, in fact, there may actually be many different subsets of the disease that make it very hard for it to fall under one category of treatment.

“We’re trying to understand inflammation, but patients can have inflammation from many different sources,” Liarski said. “So trying to figure out which cells are involved – is it a productive or bystander response? Exactly what they are doing is a difficult task that we’re undertaking but it really is important to drive forward our understanding of disease and its’ eventual treatment.”